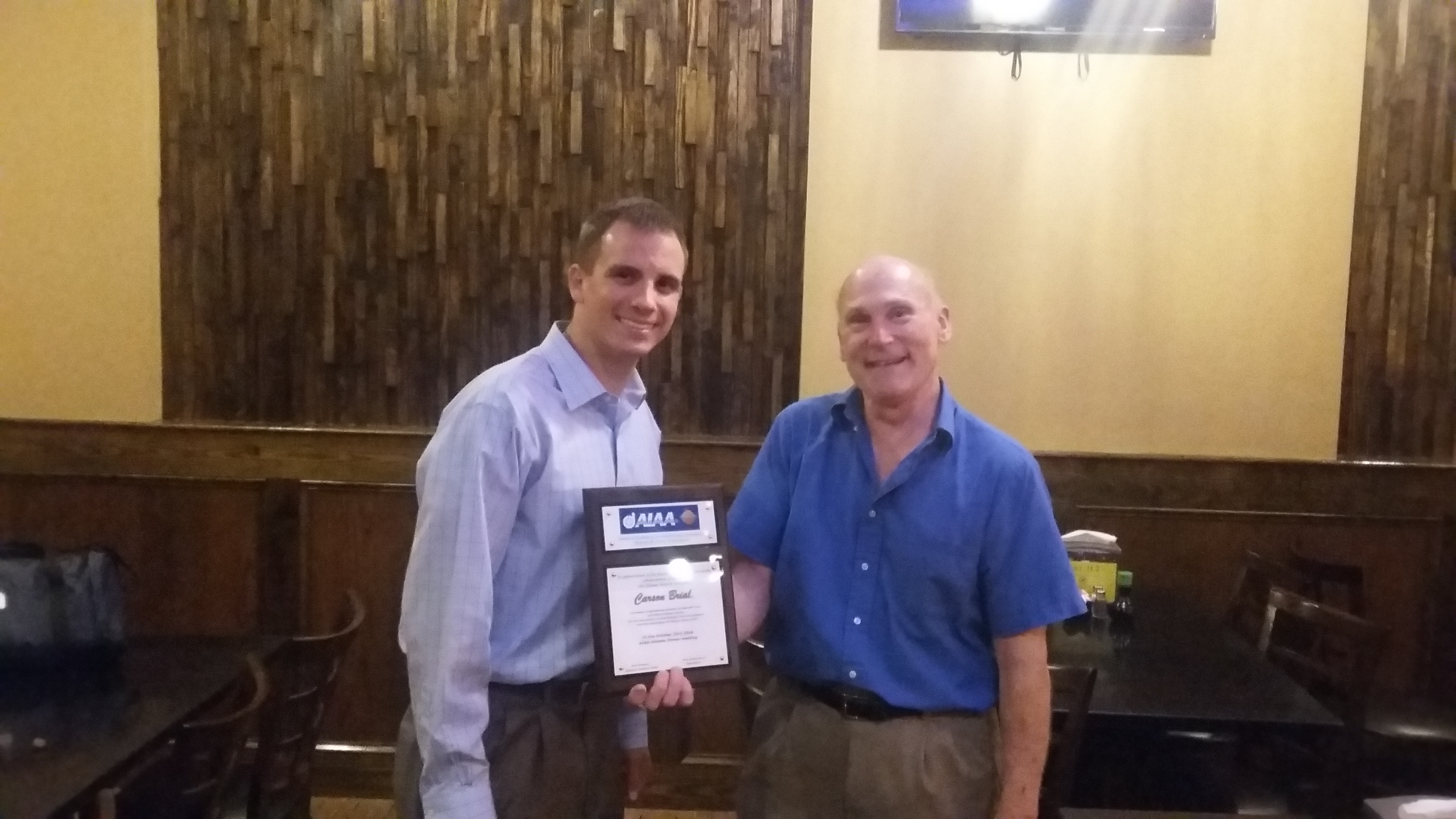 Mr. Carson Brial, recent Georgia Tech AE Graduate (Bachelor of Aerospace Engineering), spoke to the Atlanta Section at our Dinner Meeting on Tuesday, October 23rd.  He shared his experiences as an AE Student, as an Intern at Hewlett-Packard (HP), as a Co-op at Gulfstream, and as a Recent 2018 Graduate preparing to start US Navy pilot training in December.  He shared what he learned from each experience, especially some of the things that he learned from mentors at each step along the way.  The Atlanta Section members enjoying hearing from a young Engineer with lots of enthusiasm and energy, who has obviously been very successful so far, yet who has remained humble.  Mr. Brial gave credit to several people along the way that guided him and gave him advice, and he was especially positive about his former colleagues at Gulfstream, several of whom had worked in the US Navy during the first part of their careers.  The Atlanta Section wishes Mr. Brial well in his future endeavors!