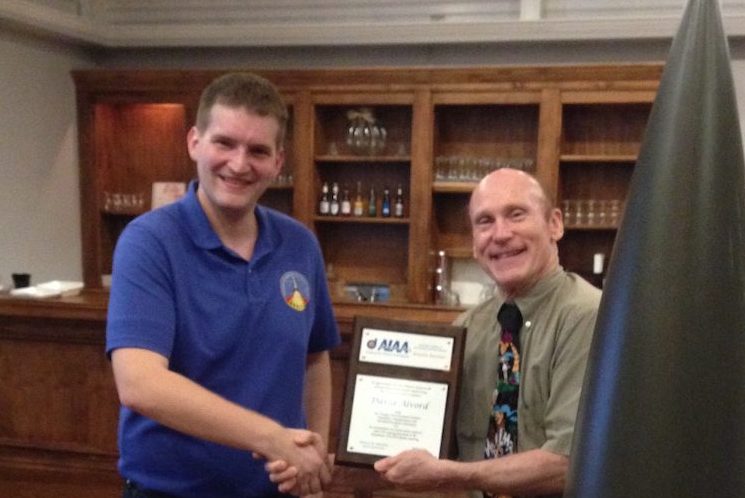 Our September dinner meeting speaker was David A. Alvord from Georgia Tech Research Institute. Mr. Alvord spoke about acoustic testing on both rockets and UAVs. His presentation covered the complexities of testing, including how different elements of a design interact — sometimes in unexpected ways — with other elements. On example discussed was the acoustic environment around a rocket plume at lift-off. Depending on the noise suppression system or lack thereof, a significant amount of damage can be caused to the pad or vehicle. Mr. Alvord specifically used STS-1 as an example of where a lack of noise suppression resulted in damage to the pad. Solving this problem was such a significant need for the program that the engineers who developed the noise suppression system used on STS-2 and future shuttle flights were awarded Silver Snoopys. Mr. Alvord also talked about a UAV project involving acoustic sensors. Vector sensor array processing is employed to determine the direction of sound sources. The goal of the project was to be able to isolate a particular acoustic source that might be relatively quiet out from much louder sources, such as the annoying buzz of the UAV itself. And because Mr. Alvord is cool, he brought the UAV and a real missile ray dome with him.