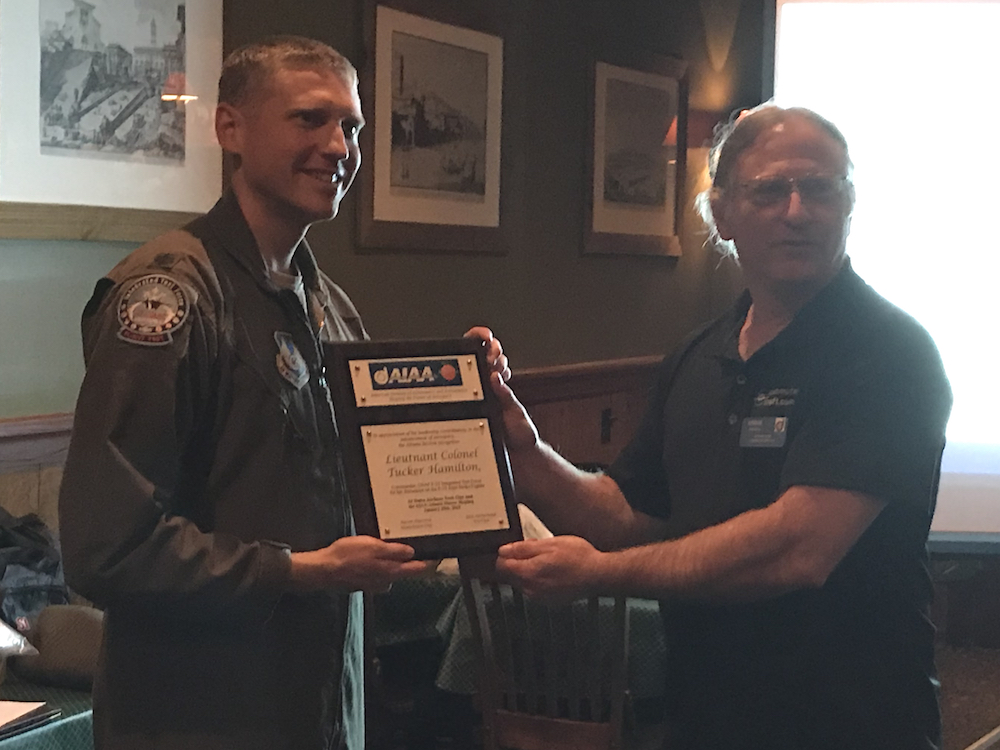 In spite of iffy weather, our January dinner meeting with Lt. Col. Tucker “Cinco” Hamilton took place at Scalini’s on the evening of the 29th. Lt. Col. Hamilton is an F-35 Lightning II Test Pilot and DT&E Lead for the Joint Strike Fighter. His talk was fascinating and inspiring. He told us about surviving a mid-air collision and spending hours in the Gulf of Mexico, waiting to be discovered and rescued. Lt. Col. Hamilton is the grandson of Betty Robinson, who at age 16 won the gold medal in the 100 meter race at the 1928 Amsterdam games. His presentation about overcoming challenges and finding paths to success was motivating. He also kindly answered many questions about the role of fighter aircraft now and in the future.