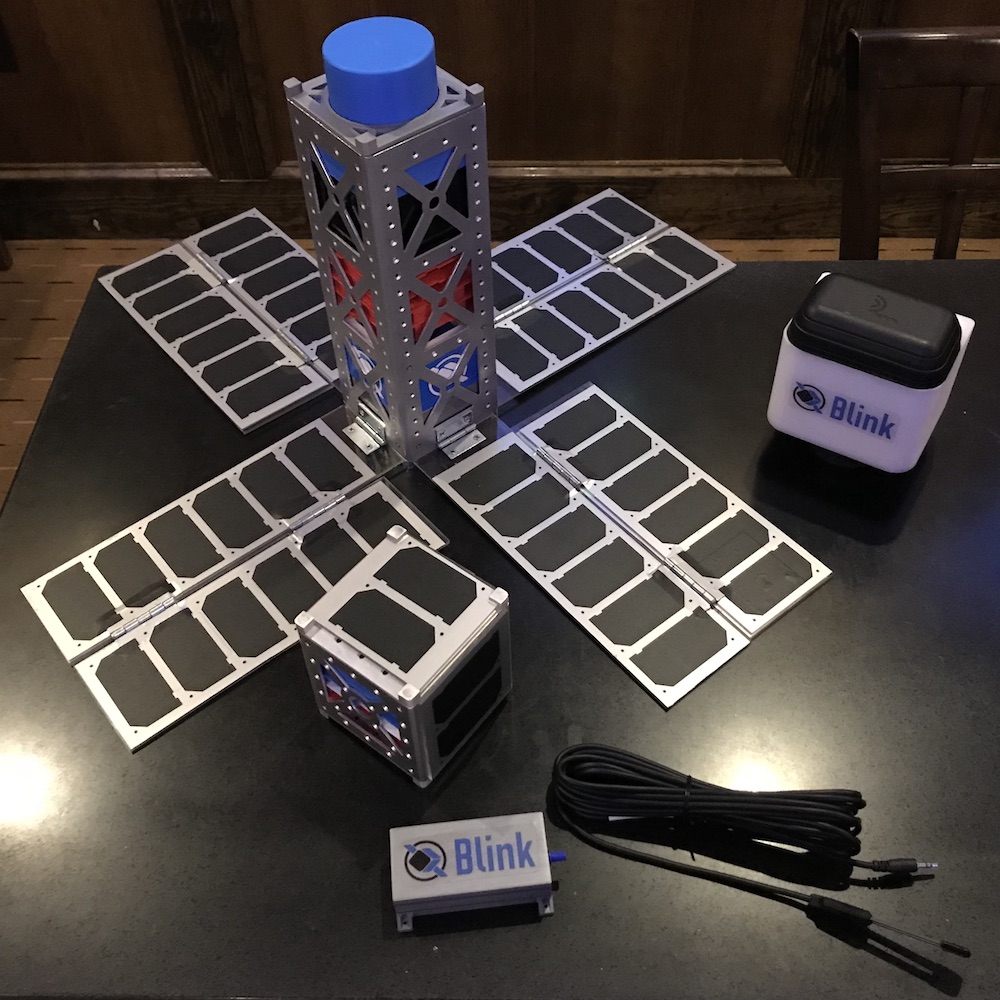 Dr. John Olds gave a presentation at our Tuesday 24 April dinner meeting. Dr. Olds, the founder of SpaceWorks, has spoken to us previously about Generation Orbit and Terminal Velocity Aerospace. On this occasion, he spoke about his latest endeavor, Blink Astro. While many companies are putting eyes in the sky, Blink is putting ears in the sky to enhance the internet of things. A ground devices called a Blinkr would communicate with a satellite constellation. A Blinkr can be set up to collect all sorts of data — crop moisture, wild animal locations, pipeline flow. Every four to six hours, the information would be uploaded to the satellite constellation, which would download to the cloud; thus being accessible via Internet. In this way, remote sensing in some of the least accessible places on Earth becomes available and in nearly real time. The proposed initial constellation is eight satellites, four each in two polar orbits perpendicular to each other. The satellites are 3-unit cubesats. One of the cooler aspects of these satellites is that they use heated water for propulsion. Yes, they are literally steampunk cubesats! Models of the 3-unit cubesat and Blinkr device being developed by Blink Astro.

An example application is oil pipeline monitoring. Imagine Blinkrs placed every mile or two along a pipeline. Each device is simply recording flow. If this flow is interrupted — by pirates stealing or by an accidental leak — this breach would be detected quickly. Timely information makes capturing criminals or preventing large-scale environmental damage more likely. Doubtless clever humans will devise even more interesting things to do with this technology.