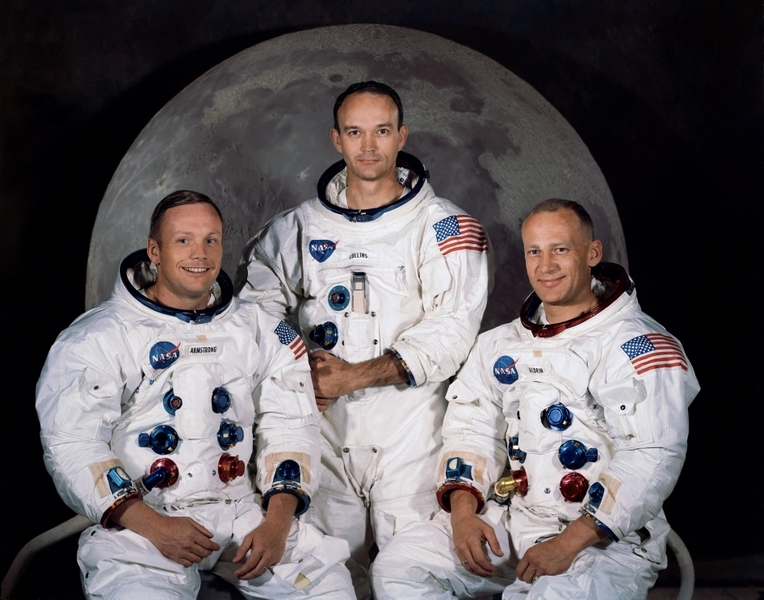 Hi, Everybody!! You must all be aware by now of the widespread celebratory mood that has swept the U.S.A. and the world as the 50th anniversary of the Apollo 11 landing on the moon draws nigh. AIAA Daily Launch and AIAA Engage have featured daily reminders of the many celebratory events offered by AIAA HQ and local Sections. I have tried for months to bring this momentous topic to the attention of AIAA Atlanta to try to organize a planned response as a group activity in which we could all revel in the success of the Mercury, Gemini and Apollo space programs that reached their zenith with Apollo 11. The response has been a resounding “Meh”. Apparently Members of AIAA Atlanta have chosen to celebrate Apollo 11 quietly and privately. To each his own.

I’m sure that many of us in the Atlanta Section would not have had the careers that we have had without the success of Apollo 11. Let us thank Neil Armstrong, Buzz Aldrin and Michael Collins for their courage, knowledge, dedication, commitment, training, composure, ice cold nerves, piloting skills and so many other qualities that were needed to ensure mission success. And let’s thank the 400,000 Americans and over 20,000 industrial organizations and NASA leadership who planned the mission, designed and built the Saturn V rocket, space capsules, chemical fuels, immense hardware and infrastructure, instruments, computers, cameras, Tang orange drink and freeze dried ice cream and so many other technology breakthroughs and spinoffs from the space program.

Some of these people were us and some of us are working on the next great “firsts” as we continue exploration of the universe. Well Done!!